A hydrating serum that helps rewind the visible effects of aging.

Our cult-favorite hydrating serum packs a serious punch. 2.5% DMAE helps firm and tighten skin all day long, while 5% niacinamide helps fade dark spots and increase cell turnover. Add hyaluronic acid and a carefully-chosen blend of plant extracts, and you get a lightweight, fast-absorbing essence that turns back the clock on your skin.

Firm, tighten and hydrate with niacinamide and DMAE.

Take a look behind the scenes as this powerful serum comes together.

Take a look behind the scenes as this powerful serum comes together.

Shown in scientific studies to reduce the appearance of fine lines and increase skin firmness. Paired with panthenol (pro-vitamin B5) for an extra skin-firming boost.

An all-around skin hero that can regulate cell turnover, fade hyperpigmentation, reduce the appearance of fine lines, and strengthen your skin barrier.

A molecule found naturally throughout the human body, this hydration superhero can hold up to 1,000 times its weight in water. In scientific studies, DMAE has been shown to improve the overall appearance of aging skin. Niacinamide is paired with n-acetyl glucosamine, a synergistic pair that helps brighten, smooth, and even skin tone. A few key plant extracts - licorice root, Centella asiatica, and tamarind seed - run the gamut of anti-aging powers, from fading dark spots to powerful antioxidant abilities.

Every ingredient in Rewind is there for a reason, and that reason is giving you smooth, plump, radiant skin. It’s light yet hydrating enough to be used by all skin types. Use it before your usual moisturizer to give your skin a blast to the past. Is it right for me?

Rewind is a watery, hydrating serum that's great for all skin types, from very dry to very oily. It's especially good for aging or sun-damaged skin. Due to the plant extracts featured in Rewind, those with plant allergies or extremely acne-prone skin should patch test Rewind in an inconspicuous place, like just below the ear.

All Stratia products are free of common irritants like fragrance, alcohol, and essential oils.

Thank you for submitting a review!

Your input is very much appreciated. Share it with your friends so they can enjoy it too!

I’m a proud Stratia fan. I love what Liquid Gold has done for my skin barrier. I love how plump and soft my skin feels after Fortify. I love how smooth C+C makes it feel. Rewind has been a different sort of purchase for me. My first impression was that I didn’t love the scent (Fortify wins that category. It smells downright delicious!). My second impression was that I wasn’t really sure what Rewind was DOING. There weren’t immediate results. But I kept at it. Because I trust Stratia, even when I’m a little unsure where it’s going. And now I love Rewind. It has slowly helped even out the redness in my face. I see the few lines in my forehead and the crinkles of my eyes disappearing. Rewind does work. It’s just a slow acting, “have patience, padawan” kind of working. I’m so happy I made rewind a regular part of my routine.

another absolute HG for me, ive been a fan since 2017 and i use it every day! Rewind is one of those products where, when i first started using it, i wasn't sure if it was doing anything for me. i had started it around the same time as Liquid Gold and a few other products, so while i enjoyed the feel of it and didnt have any issues, i didnt know if all the benefits i was getting were from Rewind or a combo of the other things i was doing. so when i finished the bottle, i held off on re ordering, thinking 'well it was nice, but i dont know that it did anything dramatic, so i'll just pick one up the next time i need Liquid Gold'. yeah, i was wrong XD after a little while i noticed my skin just didnt look as nice as it had been before. i wasn't breaking out or anything, but i noticed that my skin looked duller and less refined texture wise. its hard to describe, but it just didnt have that extra 'oomph' it had before. once i got my order in and started using it again, my skin went right back to being happy and smooth, and ive made sure to never run out since! my skin type is sensitive combo (dryer cheeks, bit oily in the chin and nose) with some minor eczema. i use one pump morning and night, focusing mostly on my cheeks and forehead. if im feeling very dry, i tend to absorb it quicker, so i'll do another half pump or so. i use it as the second step in my routine, right after a watery hydrating layer and before any moisturizers. its got a very slippy feel initially and gets tackier as it dries down, but it absorbs fully in and doesn't feel sticky, and ive never had any issues layering it with other products.

I’ve tried other high concentrations of Niacinimide and this one is the ONLY one that causes no discomfort at all. I will continue to use Rewind and Ultra Gold exclusively - they are my HG’s for serum and light moisturizer.

I have been using this product for about three years; every once and a while I get the urge to try something new, or am gifted with something different, but I always come back to Rewind. People often comment on how nice my skin looks and are often surprised to find out I'm 32, rather than 26. The price point is so nice considering how awesome this product is. 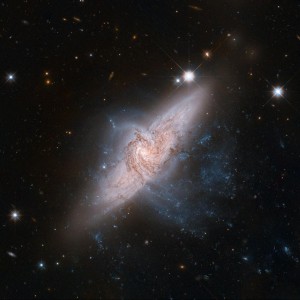 I've incorporated Rewind into my routine for about a year now, and keep repurchasing because of how hydrating and neutralizing the product is on my rosacea-prone skin. I've noticed a significant improved in the quality and evenness of skin tone since using it, and would advise anyone with dry/combination acne prone skin to try it out. During the late spring and summer I use it alone as moisturizer, and layer on top a Cerave moisturizer in the colder months.